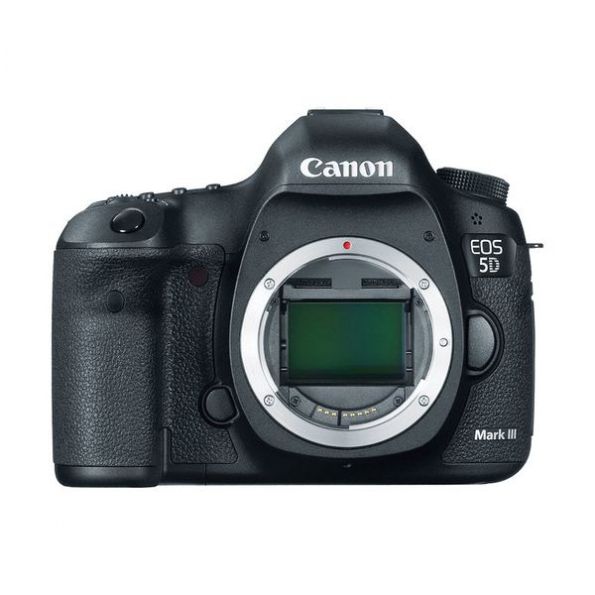 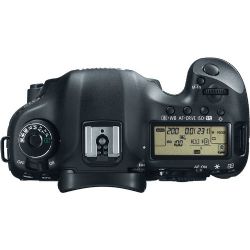 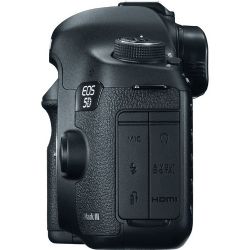 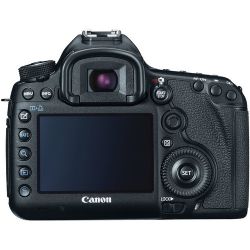 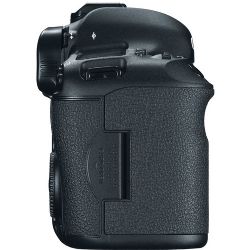 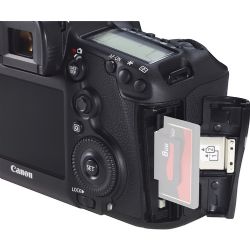 The Canon 5D line of cameras is iconic, one of those "once in a generation" phenomenons. First of all, they're wonderfully versatile still-photography cameras. But when the 5D Mark II arrived on the scene in 2008, the impact it had on the world of video production was palpable. Suddenly, cinematic, professional high-definition images were available at a price point budget-minded independents could afford, and the rest was history. The DSLR cinema revolution had begun.

Now there's the Canon EOS 5D Mark III, and this reboot of a signature nameplate is no minor buff and polish. Almost every system has been refreshed, and the body is actually more similar to that of its cousin, the Canon EOS 7D. It's been outfitted with a completely redesigned 61-point High Density Reticular autofocus system, borrowed from the flagship Canon 1D X. It has 5 central dual cross-type points that keep track of diagonal movement in addition to 21 central horizontal/vertical cross-type points and 20 outer cross-type points. This technology will provide exquisite tracking of fast-moving, unpredictable subjects, and it performs well even when your subject isn't particularly well-lit.

Master of light and darkness

And speaking of light: here's a camera that knows how to make the most of what it's been given. The basic ISO (sensitivity) range is impressive, spanning from ISO 100 - 25,600, and it's expandable — on the low end to ISO 50, and at the high end it will go to 102,400. What does this string of numbers mean to you in practical terms? How about (at the high end) no fear of shooting an evening wedding, or a candlelit close-up, or (at the low end) getting great, high-contrast shots on a sunlit ski-slope.

Continuous shooting mode performance has been beefed up as well. Thanks to the on-board DIGIC 5+ processor, the '5D Mark III now shoots full-resolution, high-density stills at up to 6 frames per second. In-camera HDR (High Dynamic Range) shooting comes standard, along with a multiple exposure mode and expanded autobracketing options, so you won't miss a shot due to bad exposure settings.

...and still a video star

But video is a real strength for this nameplate, so just how has that improved? Let's explore. The DIGIC 5+ processing has markedly decreased moiré and rolling shutter artifacts, as has the redesigned sensor. A new intra-frame compression option has been added, which preserves all captured frames as discrete entities, thereby making your capture files more suitable for popular video editing software suites. There's a 3.5mm minijack headphone output for monitoring audio as you go, and your audio input levels are adjustable from the left/right buttons on the rear control dial.

They listened to you

In the convenience department, Canon did some serious listening to user feedback on previous models, and incorporated both CompactFlash and SD slots in the '5D Mark III. Users who have invested in both flavors of memory card will be gratified to know that they play well together in this configuration, managing and moving media together in happy, cooperative concert. In another welcome tweak, the high-resolution LCD screen has been bumped to 3.2 inches in size and 1,040,000 dots.

Of course, this camera is compatible with your favorite Canon Speedlite external flashes and EF-Series lenses.

The product has been added to your cart